Finally, I gave in – so Daniel and I got a 80GB PS3! I mostly wanted it for Street Fighter IV. I did not own any next-gen consoles – well, I have a Nintendo Wii but that’s not exactly “next gen”. Anyway, I researched and researched and decided that the Playstation 3 is the ultimate (and only) next-gen console. It has everything I need and more. The main features that won me over were the built-in wifi and free online gaming/downloading. Daniel wanted the blu-ray disc player so… it was a done deal.

Our first 2 blu-rays are Cars and No Country for Old Men.

Our first download-only game was Super Street Fighter II Turbo HD Remix. It kinda sucks, but maybe the “turbo” option is not turned on by default because the gameplay is VERY slow.

Our first store-bought game is LittleBigPlanet. This an exclusive game for the PS3. This is a platformer (like Mario) that has a cutesy feel to it. Highly recommended game!

Lately, this pretty much sums up my opinion of winter in Boston: 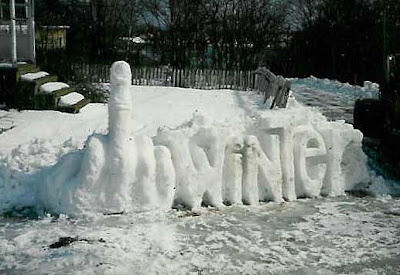